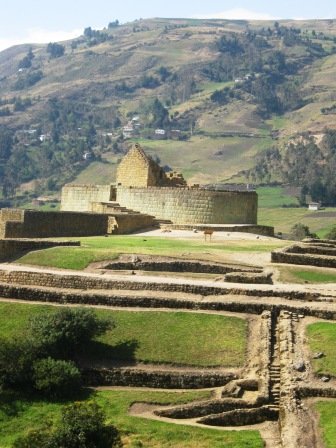 Located just north of Cuenca, Ingapirca is the largest, best preserved ruin site in Ecuador. The first inhabitants of this area were the Cañari people. Later they were conquered by the Incas.

It's amazing to see the perfectly squared bricks used in building the Templo del Sol (Temple of the Sun). The precision of their solar calculations and aqueduct system were also very interesting.

Many of the original stones used to build this settlement were taken by Spanish settlers to use in the foundations of their houses. Some have been recovered and are set up almost like a little cemetery of Incan/Cañari craftsmanship.

I've always found ruins of ancient peoples very interesting. Just imagining for a moment how their life must have been fascinates me.

There is also a small museum on site, which displays some of the things found such as tools and pottery. There is also information about the Cañari culture.

The residents that are always present are the alpacas. They wander free, eat grass and make interesting noises. And although their leftovers weren't everywhere you looked or stepped, we did see they were leaving reminders behind them. 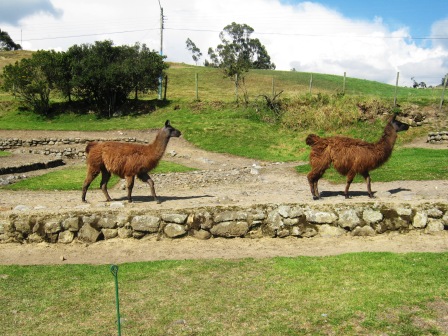 You can walk through the complex on your own or wait for a group to assemble for a tour.

Tours are included in the ticket price. We joined in with part of a tour; the guide had a lot of additional information that was quite interesting. If you walk through on your own there are many signs (in English, Spanish, and Quichua) describing how each area was used.

To get to Ingapirca you can catch a bus from El Tambo, just an hour or so north of Cuenca. Tours can also be organized from Cuenca to visit the ruins. 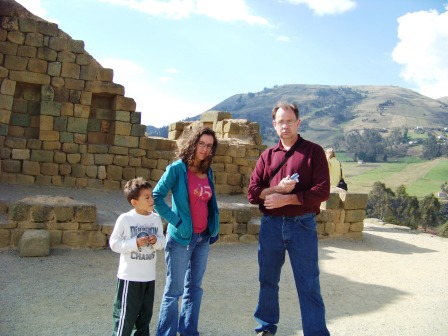 Visiting the ruins is an easy day trip from Cuenca, but if you want to stay the night there is also a nice hotel within walking distance from the site.