Getting Married in Ecuador
For Better or For Worse 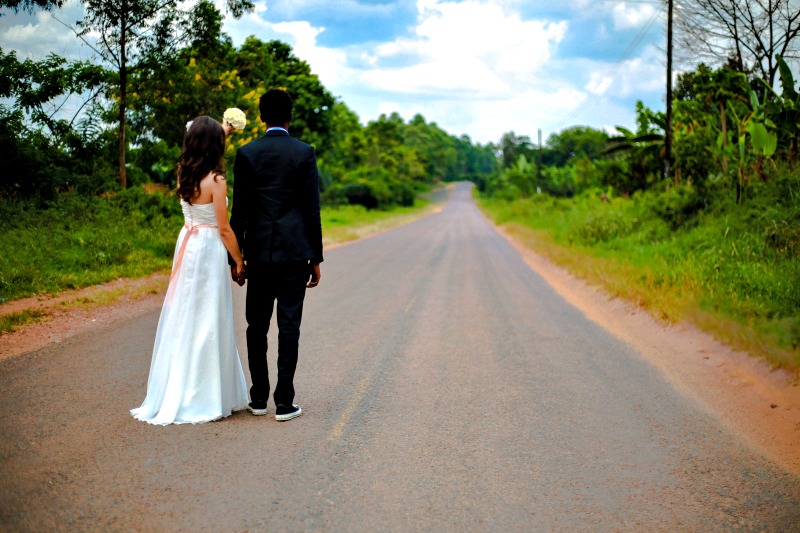 Besides living and loving life here in beautiful Ecuador, many an Expat, in and of their daily frolicking, happen to find (or alternatively “be found by”) love in Ecuador, with an Ecuadorian native who they come to know well. And so, as an intercultural couple here in Ecuador passes through the process of courtship, oftentimes the question of marriage gets “popped”, so to speak... Thus, for those considering marrying an Ecuadorian citizen, the below information is meant for you and yours, specifically with respect to the marriage laws in Ecuador, as you both consider this most important issue and the benefits as well as requirements with respect to engaging in same.

In preparing for wedded bliss, it is important to note that as per any Expat groom or bride in being from their home country of North America, Europe or elsewhere, there are certain documents needs and such that must be complied by the Expat, specifically. Truly in comparison, it is relatively simple and straight forward for any native Ecuadorian themselves to enter into marriage with their Expat fiancé in Ecuador (so long as the marriage isn’t arranged or fraudulent), and so the crux of this explanation, shall most accordingly be directed towards the Expat perspective of what needs to be done in order to wed one’s Ecuadorian main squeeze. Thus, if you as an Expat desire to enter into marriage here in Ecuador with your fiancé who is an Ecuadorian citizen (colloquially known as “foreigners getting married in Ecuador”), then you as a foreigner shall personally need to comply with the following requirements:

1. If you were EVER previously Divorced or Widowed, or even if you have ONLY always been "Single", you will need to obtain a Certification or Certificate (from your country of origin’s local government where you lived prior to moving to Ecuador), evidencing that you were previously Divorced or Widowed or have “Always been Single” (and therefore eligible for Marriage in Ecuador). Thereafter, you shall then need to order EITHER an "Apostille" or a “Double Legalization” of that applicable Certification or Certificate (depending on if your country of origin is an Apostille country for “Hague Convention” purposes or not), and that also generally needs to be ordered from the State or Provincial Government of your country of origin. Some nationalities are permitted to instead make and sign a notarized Affidavit at their country’s Consulate or Embassy located in or nearest to Ecuador, so as to affirm their current/past marital status, though that alternate possibility is on a case-by-case basis. Your Ecuadorian fiancée's Cedula card, which shows proof of their own lifetime Marital Status up through any point in time, shall be fully sufficient and self-proving for them personally as an Ecuadorian national.

2. As per actually performing your marriage here in Ecuador, IF you are not already a Resident of Ecuador (either in your capacity as a Temporary Resident or a Permanent Resident), then in such case, you will need to obtain either a 90 day Tourist Visa Extension or a Special 180 day Tourist Visa Extension (that being over and above any FREE Tourist Visa of “90 days once in any 12 month period” that is generally granted/grantable to each person in their capacity as a Tourist to Ecuador).

3. Finally, your marriage ceremony in Ecuador must be performed at the office of the “Registro Civil” in either Cuenca, Quito or Guayaquil, prior to being married in a Church or other venue, whether with/without a party or wedding reception.

After Getting Married in Ecuador

Naturally, once you are officially married to your Ecuadorian fiancé, you are then of course permitted to either remain in Ecuador or to leave Ecuador, at any time or times (with or without your then Ecuadorian spouse as the case may be), and to do as you wish with your Ecuadorian marriage certificate, which just like any other marriage certificate, is non-revocable, unless you were ever to heaven forbid, divorce or become widowed or a widower in the future. And as well, upon getting married to any Ecuadorian citizen, you can also obtain or change your Residency Visa status to that of an “Amparo Visa” (Ecuador Marriage Visa/Ecuador Spouse Visa), which in effect serves as your free card to being the Dependent of an Ecuadorian national, even if you are the more propertied (or even the only propertied) individual in and of the marriage. And in fact, you can/will thereafter obtaining your Amparo Visa, also in such case be entitled to then at any time of your choosing, apply for your Ecuadorian Citizenship/Naturalization, also based on your Marriage to an Ecuadorian. That said, taking your Ecuadorian spouse with you to your own country of origin, either in their capacity as a Tourist or as a new Resident/Citizen, is naturally an entirely separate matter and not one that is universal in its application or approval process for same.

Sara Chaca (Attorney - Abogada) is a seasoned Ecuadorian Lawyer, who principally serves Expats in making their moves to Ecuador, as well as for any legal issues that arise or become actionable for her Expat clients to undertake in their new lives here in her beautiful country. Sara resides in Cuenca with her family, which consists of her American husband and 2 daughters (as well as her parents and siblings), and when not working, she enjoys spending time with her family in Cuenca’s majestic Cajas Mountains and local parks & fairs of Cuenca, plus visiting the coast as well as the many gem towns of Ecuador.

Sara’s personal email address is sara@ecuadorvisas.com, and her personal cell phone number is 099.296.2065. Sara has a less than 24 hour first response policy, in that if you email or call her, she WILL return your first email or first phone call in less than 24 hours (more typically closer to 24 minutes). Most importantly, all first time consultations with Expats for any type Visa or Legal matter(s) are always FREE OF CHARGE.

Home › Moving to Ecuador Checklist › Getting Married in Ecuador
FacebookTwitterPinterestTumblrRedditWhatsAppMessenger