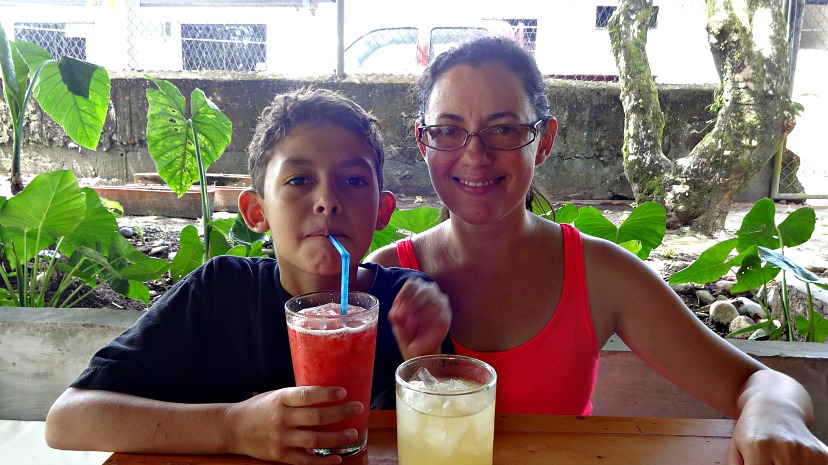 Healthy living in Ecuador has a big effect on the lives of many. Many see benefits like:

Of course, these benefits don't just come from being in Ecuador, but you can enjoy healthy living in Ecuador if you want to.

Just about everyone who has come to Ecuador has lost a few pounds. Why? Well, you walk a lot more! Instead of walking out the door and getting into your car, most of us walk to the market or to the grocery store. And for the days when you don't feel like walking or it's just too far away there is the public bus system, which usually still entails some walking.

Another helpful thing is diet. A lack of prepackaged foods is a good thing for your waistline. Cooking from scratch means we naturally eat real food. Just be careful, products like Bonella (margarine) and Coca-cola can ruin your diet. Ecuador actually has had an increase in diabetes cases, which many attribute to a typical snack here...Coke and bread.

In an effort to stop the diabetes epidemic in Ecuador, the government has set up free Bailoterapia (Zumba) classes. Most neighborhoods have a class with good turnouts. Anyone can go...I haven't, but friends of mine do.

Parasites aren't good, but they do help you lose weight. My dad lost a good 20 lbs with the "Flaco Fast" diet as he called it...also known as giardia. Of course, we don't advocate the "Flaco Fast" diet...but if you do catch a parasite while in Ecuador look at the bright side...you probably lost a few pounds. :)

Avoid parasites and other illnesses while in Ecuador.

In areas that are hot and humid, air conditioning still isn't the norm. So instead of going from one cool environment to the next your body works to cool you. I heard of some who have lost a lot of weight just sweating in the heat.

Before we moved to Ecuador, I was suffering from almost constant headaches. I would have to sleep before going to work in the evenings to stave off the headache that was coming on.

Since we've been in Ecuador, I rarely -if ever- get stress related headaches. I blame the laid-back lifestyle. There isn't the pressure to get everything done right now.

It's like living on "island time" without living on an island. :)

Less Meds Due to Healthy Living in Ecuador

With the weight loss some have seen dramatic health benefits. Some have been able to completely eliminate prescription medications they were taking previously. One friend was recently told that his Type II Diabetes is almost completely under control after only a few months in Ecuador!

All of these health benefits are good for the mind as well! Depression often goes down or in some case it goes away completely!