Some Ecuadorian superstitions and traditions are quite interesting. If you know of a superstition or tradition from Ecuador that isn't mentioned here, please add it to the comments below. 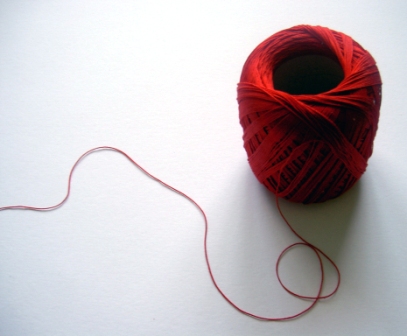 When we lived in the mountains any new born (human or animal) would have a red string tied around it's wrist (or in the animals case around it's neck). From what I have been told this is to protect the baby from harmful spirits and specifically to keep the baby from going cross eyed.

Whenever someone is getting a cold or already has one all cold beverages are off limits. Everything must be "al clima" or room temp.

But it seemed a little strange when a friend asked for his Coca-Cola to be heated up? He was getting a cold. I would've thought maybe you should avoid cola altogether. But apparently it's the cold and not the excess sugar that makes you sick.

I know chicken soup is a worldwide cure all. But this specific cure was new to me. When a woman gives birth, many in Ecuador believe she must go to bed and ONLY eat chicken soup. Some say for a full two weeks chicken soup should be the only food eaten.

When eating with a group of friends you may see everyone stop and watch who picks up the last morsel from a serving bowl. Many commonly say that the person who eats the last piece is going to get married within the year. Married individuals often hold back so a single person can have a chance at wedded bliss.

My mom told me that she was told not to hold a baby with it's head looking over your shoulder. The baby's face could fall off.

Many believe that eggs are the cure for evil spirits. People will rub an egg over a persons face and body to absorb bad energy.

Black is considered the color of death, and this is true in Ecuador as well. But purple is also. When we wanted to paint a room in our house purple, people thought we were a little strange.

It's raining out and someone comes up to you and says "Por qué lloras?" (Why are you crying?) You will usually hear this at least once every time it rains.

It's late afternoon and you feel the urge to y-a-w-n. "Tienes hambre?" (Are you hungry?) In Ecuador, hunger seems to be more related to yawning than sleep.

"Hasta mañana." (See you tomorrow.) But I know I won't see them tomorrow. Why do they say that? "Hasta luego" (See you later) is considered very far off and "Adios" is often used when a person leaves on an extended trip or when you think you may never see them again. So Hasta mañana shows a person's hope to see you sooner than later.

There are tons more, many having to do with specific holidays. And each region of Ecuador has their own superstitions and traditions that are unique to them. But of course when I sit down to write about it I can't think of them all. If you know of any Ecuadorian superstitions or traditions please tell us about it in the comment box below.