Ever wonder what we pull out of our pocket to pay for stuff in Ecuador?

It was so strange; I left the country for a few months to find that they'd thrown all their money in the trash (not literally of course) and switched to the money I've known my whole life.

We arrived in Ecuador in 1997. At that time the Ecuador sucre wasn't fairing too well. The value quickly diminished.

For those of us who had dollar accounts, life was good. Since the dollar was much more stable, we did not have currency that was losing value every day. But prices of food and our rent contracts were in sucres. Because the people of Ecuador only had sucres, the prices of everyday things could not be hiked at the same rate as the devaluation of the sucre. This was in our favor, especially when it came to rent.

At one place we signed a rent contract for 800,000 sucres which was 200 dollars. By the time we moved out, a year later we were only paying 75 dollars. 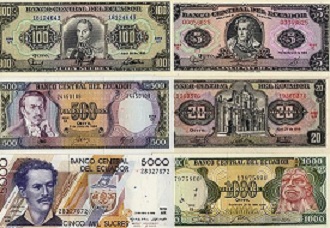 But for the poor Ecuadorian people who were being paid sucres, things were hard. There was nothing to stop food and other services from being affected by the inflation. And the Ecuadorian wages rarely, if ever kept up.

In 2000, the president decided the way to go was with the US dollar. Supposedly a more stable currency. The people went crazy and he was thrown out of office. But the vice president who replaced him decided to go ahead with "dollarization."

So I arrived to find dollars everywhere. Since then the economy has been more stable. For once a crazy idea that seemed to work. 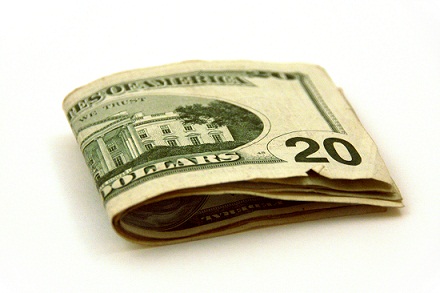 The dollar bills used are identical to what you would find in the US. The change is a mix of US coins and an Ecuadorian version of the coins. It's kind of funny to see a quarter with someone else's head on it. I still have to sort through my change when in the US to make sure I don't put an Ecuadorian quarter into the vending machine. 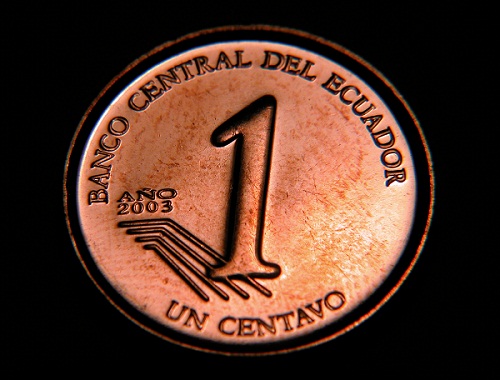 Even with the change to the dollar, things are relatively cheap compared with back home. An avocado for 75 cents or less in Ecuador compared with $1.00 or more in the US (depending on the season), a great buy!

The old Ecuador currency, the sucre, can still be found on the streets and souvenir shops. People have gathered the old bills -which have really pretty pictures on them- and now sell them to tourists.