Guayusa tea has been getting a lot of attention as the new super-food (or drink). I guess I never gave it too much thought. I see guayusa leaves almost everyday and drink the tea on a regular basis. The name of the neighborhood where we live is actually "Las Guayusas" (funny side note: there isn't any guayusa growing in the barrio???).

When actor Channing Tatum mentioned that he actually traveled to Ecuador BECAUSE OF guayusa, I was at first surprised. Then I researched the health benefits....wow!

The native people of the Ecuadorian jungle have been drinking guayusa, well forever. The Kichwa people of the Tena area are known for their seemingly endless energy. And the basic reason is...they drink guayusa first thing in the morning, usually way before the sun comes up. And it keeps them going all day long.

The tea was not widely popular even in Ecuador until just a few years ago. Now you can almost expect a glass of chilled guayusa with your "almuerzo" at just about any restaurant in Tena.

Read more about Guayusa at nationalgeographic.com 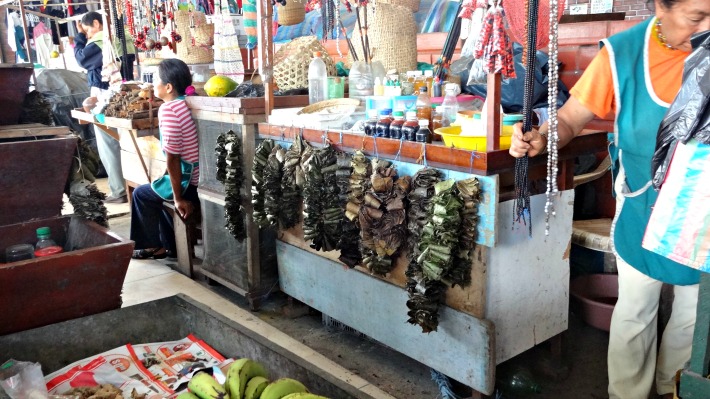 Guayusa tea leaves for sale at the Tena market

Guayusa does contain high amounts of caffeine. I can't drink it in the evening, because it will keep me up...even more than coffee does. But the caffeine high and then low is much less dramatic. It seems to be more of an even caffeine high. That's been my experience.

Other apparent health benefits include:

This info from the runa.org website. Check out the site for more info on guayusa and to buy a varierty of guayusa products.

Guayusa can be prepared from fresh or dry leaves. Packs of dried leaves sold in rings (Tena's version of the Hawaiian lei) can be found at the Tena markets. They are very inexpensive. 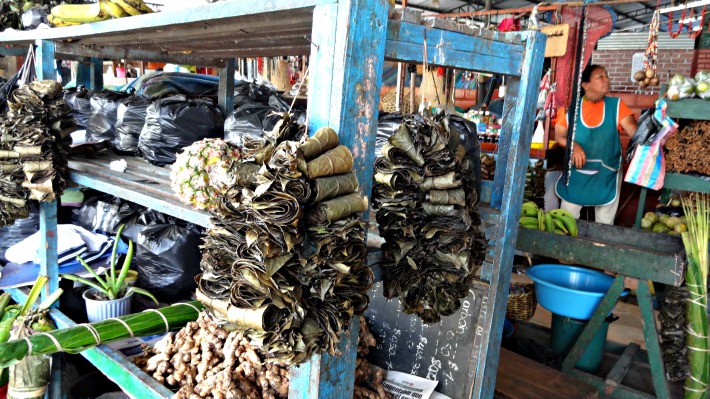 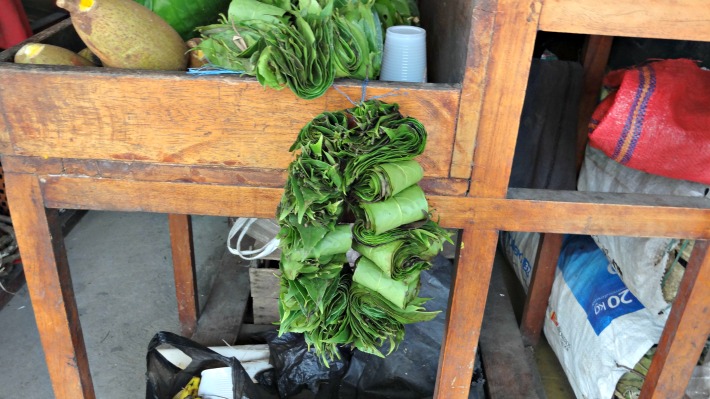 One pack of leaves makes a gallon or so of tea, depending on how strong you like it.

The first time we made guayusa tea we put a whole ring of leaves in a huge pot.....don't do that. The tea was so strong and completely black. We had to put a few tablespoons in a glass of water and it was still strong.

Perfectly brewed the tea should be light to medium brown. My favorite preparation mixes the tea with lemon and a bit of sugar.

You can also brew it dark and strong, and mix it with water in small batches.

A lot of Ecuadorian restaurants that serve guayusa add a lot of sugar. If you don't like it this way don't write it off....I prefer it with a lot less sugar.

If you aren't in Ecuador you can still try guayusa. It is being exported more and more. Some varieties are available on runa.org via Amazon.com.