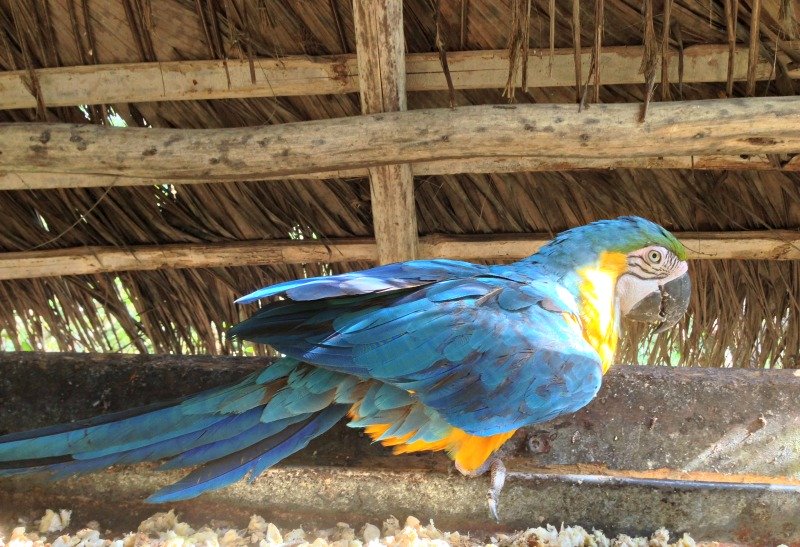 A blue macaw at the Arca in Archidona

The Archidona Zoo, "El Arca" (The Ark), is a great place to take a walk through the jungle and see some beautiful birds and animals.

Personally I've never been much of a zoo person. My mother is a defender of all animals, so she never really wanted to take us to places where animals were confined and sometimes mistreated.

However.....the zoo just outside of Archidona was quite nice. Many of the animals were rescued from people who did mistreat them, including a pair of lions that were traveling with a circus here in Ecuador. I especially enjoyed the jungle walk which was nice and cool even on a hot, sunny day. 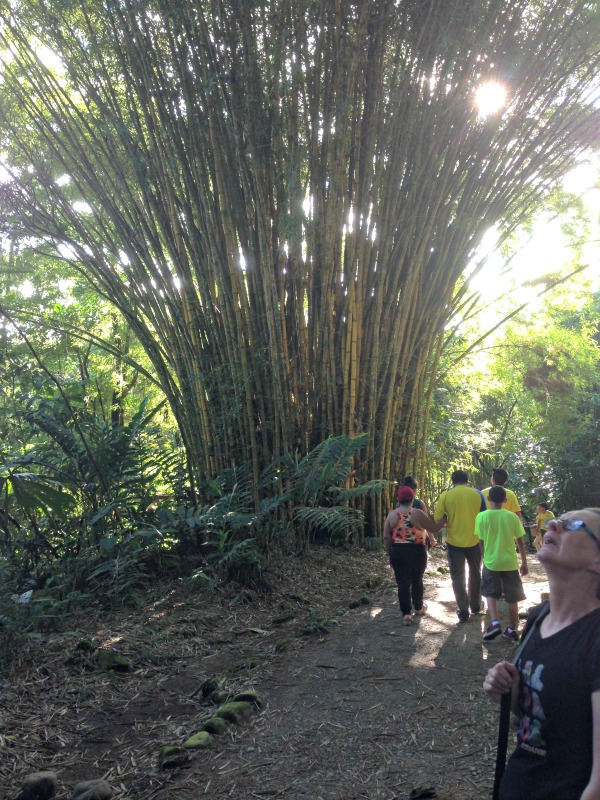 A peaceful walk through the jungle

Some of the animals did look a little rough. There were some birds missing their feathers...according to our guide from mistreatment by former owners.

The entrance fee goes toward the care of the animals.

There was a variety of birds and animals at El Arca. The beginning of the tour was mostly birds. The kids with us even started to say this wasn't a zoo because there were only birds. There were lots of different macaws, parrots and other local birds. One section called "Exotic Birds" had many varieties of chickens, ducks and geese?!?!

As the guided tour continues you get to see two small anacondas and two boa constrictors. Our guide had lots of good information on all of the animals.

There were several monkey exhibits. One had a monkey who had been electrocuted on power lines...his life was saved and they said he's more agile than the others even though he's missing his tail and an arm.

We were warned that another set of monkeys were "malcriados" or very rude. One was hanging on the fence closest to us and the guide said he would pee on us if we got too close. 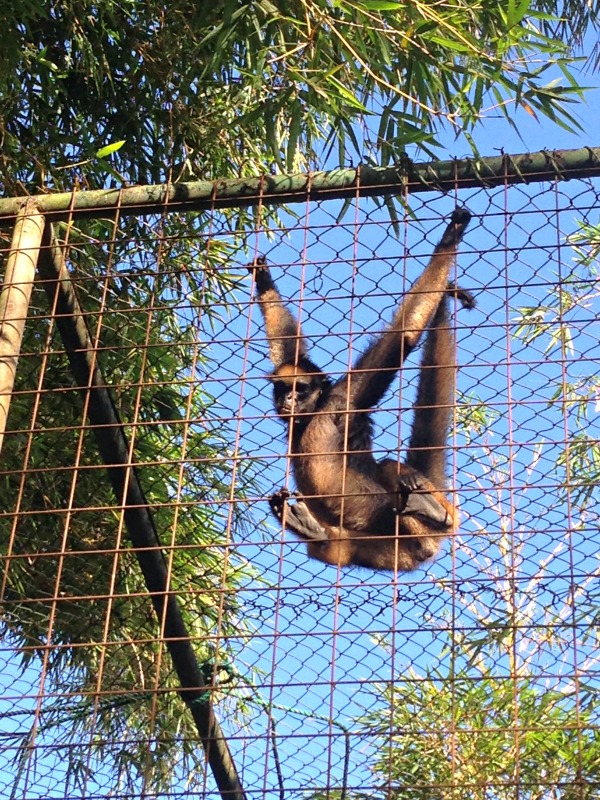 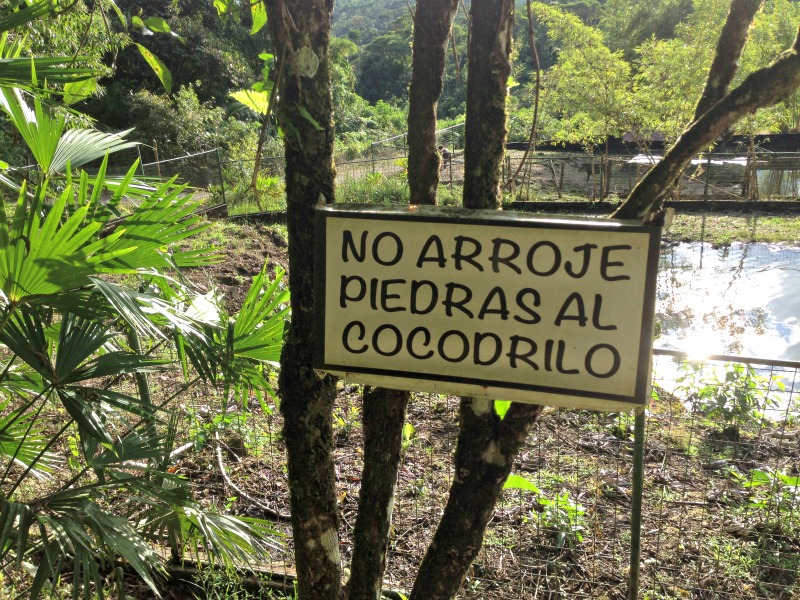 "Don't throw rocks at the crocodile"

Even though this might not be primary jungle the whole route is surrounded by jungle plants. There is a canal of water flowing through the park with tons of koi carp swimming at the entrance.

At the end of the tour you walk through a beautiful "forest" of bamboo, which makes a great frame for a photo. 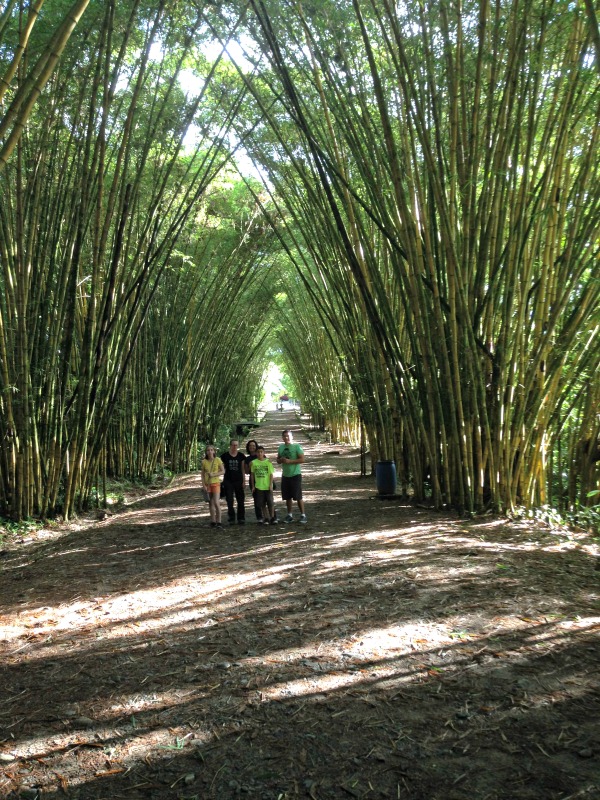 Getting to the Archidona Zoo

The Archidona Zoo is about 10-15 minutes north of Archidona going toward Quito. There is a fork in the road going to Cotundo and just 100 m up the road you'll see the entrance. There are signs for El Arca every few kilometers as you go from Archidona.

I came across an old photo showing an additional price for foreigners, but there was no extra charge for us.

Thanks to our friend Andrew who took these great photos!